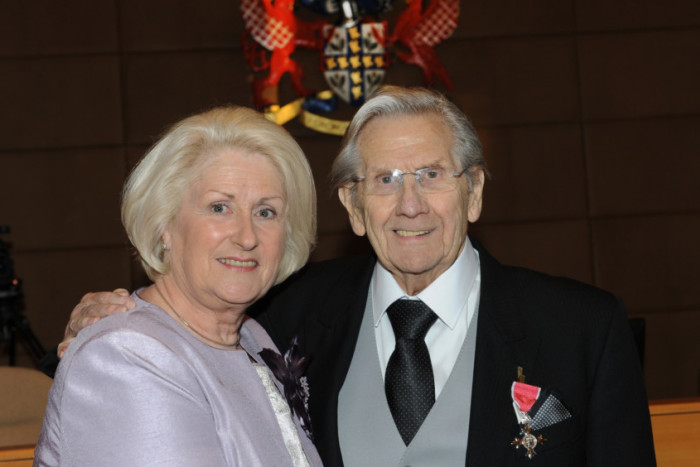 The flags in front of the Town Hall are being flown at half-mast following the death of four-time town mayor Jim Smith MBE. Jim, 89, who was an Honorary Freeman and Alderman and served as a Crawley councillor for 39 years, died at home yesterday (November 9).

He was the only person to have served as mayor four times, and represented Langley Green for 22 years as well as serving as a councillor in Ifield and Gossops Green, before retiring in 2010. Jim served on most committees on Crawley Borough Council and was Chair of Recreation and Leisure when The Hawth was built - one of his proudest achievements.

He was also a West Sussex county councillor from 1997 until 2009, the first chair of Crawley Town Twinning Association (CTTA) from 1973 to 1998, President of CTTA from 1998 and President of Crawley Arts Council from 1995 to 2005. Jim served as a Magistrate on the Crawley Bench from 1976 to 1997 and was also a trustee of the Courage-Dyer Recreational Trust.

He was made an Honorary Freeman and Alderman of the Borough of Crawley in 2012 and a Member of the British Empire in January 2016 in recognition of his public service and the high esteem in which he was held by the people of the town.

A minute’s silence will be observed at the next Full Council meeting and a book of condolence will be available in the Town Hall reception area soon.